In the early 2000s, a group of friends in Punta Arenas, Chile, came together to develop a new model of Antarctic tourism; one that would provide an alternative to the traditional navigation from South America across the stormy waters of the Drake Passage.

Their idea involved combining air and sea transportation: flying over the expansive ocean to deliver travelers to a waiting ship in Antarctica. This would avoid the difficult and uncomfortable navigation across the Drake Passage, while also reducing the total duration of the trip by four days. Like any fledgling project and given its uniqueness, the idea was received by the industry with some skepticism. Despite this hesitations, in November 2003 Antarctica21 began operation of its first air-cruise. A De Havilland Dash-7 aircraft left from Punta Arenas and landed at the Lt. Marsh Airfield on King George Island, Antarctica. There, clients boarded M/V Grigoriy Mikheev and spent six days visiting the South Shetland Islands, crossing the Bransfield Strait, and then sailing along the western coast of the Antarctic Peninsula.

Thanks to our tireless expedition staff and our superior service, Antarctica21 offers the most extensive suite of Antarctic air-cruises in the world. We are proud of this achievement and we continue to improve. As the leading boutique Antarctic tour operator, we are constantly striving to innovate and develop our environmentally-responsible expeditions to the bottom of the world.

Hebridean Sky, formerly called Sea Explorer, is a small, all-suite expedition vessel. She was built in 1992 and refurbished in 2005. In 2016 the ship underwent an extensive, multimillion-dollar renovation… 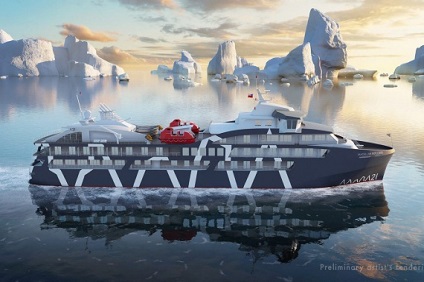 Magellan Explorer is a new and modern expedition vessel custom build for our Antarctic air-cruises. She was built in Chile to the latest Polar Code specifications to start service in…

Ocean Nova is a modern and comfortable expedition vessel. She was built in Denmark in 1992 to sail the ice-choked waters of Greenland. She was fully refurbished in 2006 and…